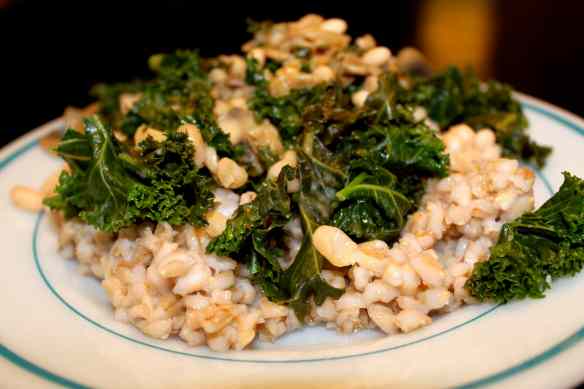 First, you’ll note that I altered the recipe (I can’t help myself!). I added a whole bunch of white beans, because I had them in the fridge and I thought it would be nice to add in a little protein. And I served it over barley, because it needed to be served over something. I can’t just sit and eat a giant bowl of kale. And I did put in the red pepper flakes that were suggested, because I will put red pepper flakes in anything.

I really, really want to make this again when I can get my hands on some dinosaur kale. I know it would be perfect. And maybe with some chickpeas instead of white beans. And maybe throw in a little ginger. The possibilities are endless.